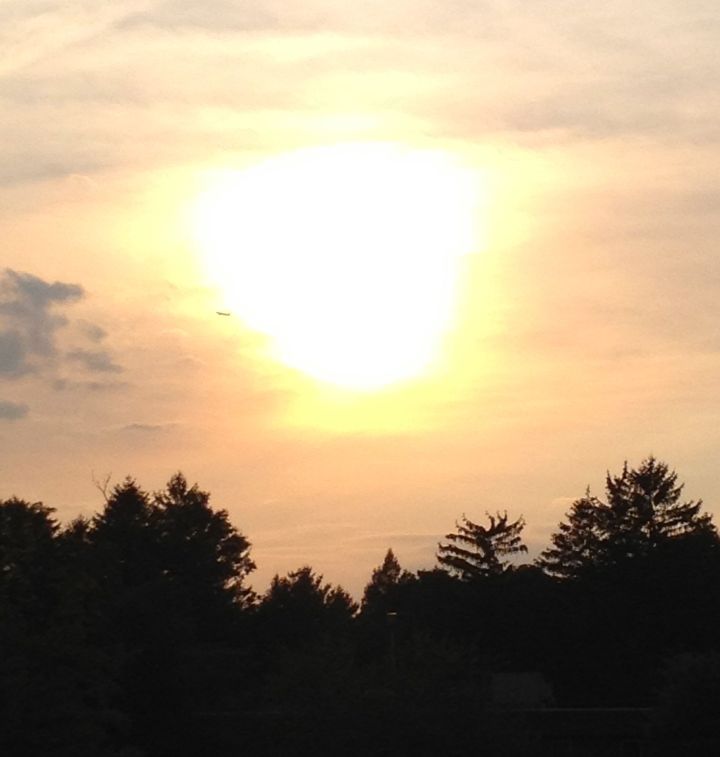 Few things can shake the monotony of commuting, or the feeling that whether on a bus, train, subway or in a pack of people hustling at 8:50 a.m. towards Midtown, as a commuter you’re “one of many.”

It may seem obvious, but once you start commuting you become “a commuter.” Above all else. You’re one of thousands, hundreds of thousands, and in this city, millions. To strangers on the street outside the bus terminal, who see your suit before your face, “commuter” is your principal identity.

Each day I catch the bus, go to work, catch the bus, come home. Sometimes the rides are short and sweet and sometimes they’re long and painful — bumper-to-bumper traffic — filled with passengers either asleep from exhaustion or mumbling profanities under his or her breath.

That’s commuting. Sometimes you’re lucky, sometimes not. That’s just the way it is.

Coming home, I get off the bus at a stop on the edge of the highway. I walk about 50 yards in dusty dirt and grass before climbing the steps to an overpass that takes me across the road, and finally, to the parking lot where my car waits.

It’s repetitive. Wearisome. Crossing and re-crossing your tracks each day, you get that uncomfortable déjà vu feeling you know isn’t really déjà vu. Usually I rush up and over the steps, walking as fast as my worn out feet will allow, shamelessly showing off my endurance to fellow commuters.

But lately, as I’ve reached the height of the overpass, I’ve been greeted by this brilliant August sun — so rich and bold it makes me stop in my tracks. 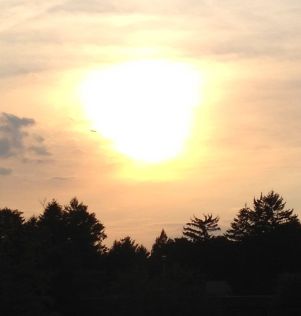 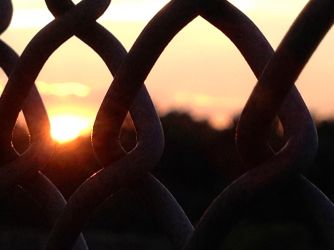 Commuters in the single file line behind me don’t know why I stop. They don’t see the sun the way I do — they only see straight ahead. Doesn’t she have somewhere to be? What’s she doing? Why is she lingering up here? The stares are audible.

But they stare only briefly and then continue on, to the wide spectrum of people they have to meet, places they need to be. I lean against the crosslink fence, looking down at the traffic and then up again at the sun. The timing is perfect: 6:45 p.m. I check my phone. The sun sets at 7:44.

It’s not just the colors that strike me, but the intensity of the light, spreading through the sky, slowly but inevitably like water on a flat surface. A plane appears miniscule the moment it passes through the growing, dying light. Pine trees in the distance become charcoal-black silhouettes against the sun’s aggressive glare.

I’ve arrived home right at that wonderful, extended dusk period so characteristic of late summer. The colors I think of when I think of August — deep pinks, reds, yellows and greys — all of those colors are here.

I’ve got one month. By Wednesday, September 26, the sun will have completely set by the time the bus doors creak open and I exit into suburbia. And until December 21, I’ll be riding that bus into an increasing shade of darkness.

I keep leaning against the railing until the next round of commuters starts moving up and over the overpass.

I’ve got one month, and less time each day.

I shuffle down the stairs, get in my car. I feel good. Relaxed. Like I have something, know something, that separates me from the masses of people moving in and out of the city each day. Like for a moment, I stepped off the beat we’re all so devoted to, and didn’t lose a thing.

I’m tempted to keep watching the sun as I drive, but instead let it soak into my skin, spill through the slits of the open windows.