Benny’s Burritos is closing tomorrow at the age of 26.

My heart sank when I heard this news. For someone who’d only had a margarita here once, late at night with a few friends, my sadness may seem exaggerated. But only recently I’d passed the Avenue A and East 6th Street corner where Benny’s stands, thinking, “That was a great place – I should go back sometime.” The problem is, Benny’s isn’t so much a place you go to but a place you stumble upon. And I never stumbled there again.

I’d only been to Benny’s once but knew it had history. The East Village gem opened its doors to the late ‘80s downtown scene where artist-types roamed the streets looking for a post-club bite. With its bright-colored walls and 1960s artifacts, Benny’s was always a bit kitschy, but that was part of its appeal. As New York Magazine wrote in 1990, “Benny’s Burritos is a rare find: a scene with no attitude.”

These days Chipotles pop up all over Manhattan, but just 25 years ago the burrito wasn’t a fast food go-to. In fact, its rise has been fairly recent. Burritos existed at chili parlors, the burrito joint’s predecessor, but were slender, manageable tubes of rice and meat rather than the monstrous creations we know today. Benny’s was a big-burrito pioneer back when “Mexicali food was as rare as an East Village stockbroker,” according to New York Magazine.

Owner Mark Merker told EV Grieve “the world has changed” since he first opened Benny’s in 1988. Business has been good, but costs keep rising and competition from franchises like Chipotle doesn’t help.

OK, it’s not quite true that Benny’s is closing – it’s downsizing. Benny’s is shuttering its restaurant space and keeping just the takeout counter. (Its sister restaurant, Harry’s Burritos on the Upper West Side, will also close.) But for me this may as well mean the end of Benny’s – it was all about atmosphere. With a proliferation of other food options in the East Village, from fancy fries to authentic tacos, I don’t envision stopping at the takeout counter for a just-OK burrito.

The Twitterverse agrees, one customer lamenting, “it was never about the burritos (average) but the great sidewalk scene.” Reading other reactions on Twitter, it’s clear the burrito joint played a role in many New Yorkers’ formative years:

Benny’s will always be the taste of being 19, broke and spending my last $20 on a margarita and burrito

Mass foreclosure on my early NYC memories continues. Ate many a meal at Benny’s in late ’80s/’90s

Heard last night that Benny’s Burritos on Ave A is closing. End of an era in NYC

I can’t claim the same disappointment as customers who frequented Benny’s during “Rent” years. But I’m sad for what it represents – continued rent hikes forcing a generation of beloved restaurants to downsize or shut down completely. Casual gathering spots like Benny’s, where the people and not the food take center stage, make New York what it is. 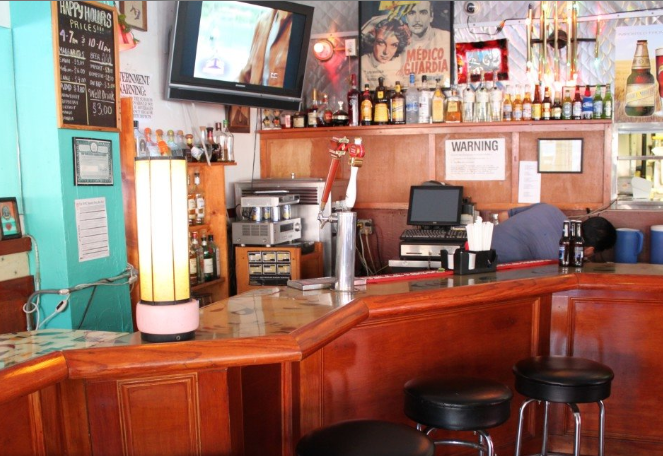 The reality is that the city changes and we want it all – the new and the old. It’s sort of a paradox, isn’t it? New Yorkers are totally obsessed with newness – clothes, food, music – but gripe when change occurs to our New York. We feel protective over our visions of the city and the places within them that feel like home. For many people that cheap Mexican spot on Avenue A was one of those places, so despite more than 20,000 other New York restaurants and countless other burrito joints, it’s impossible not to feel loss.

Bye-bye, Benny’s. Your margaritas were strong and your guac not particularly memorable. But you’ll live on in my idea of New York, the one I’ll hold dear when I’m older and reminiscing about the city “back then.” I’ll remember the tequila bliss and late night chatter, the contagious laughter of a few good friends sitting on worn vinyl bar stools. I’ll remember it was you, Benny’s, even though it could have been anywhere.